The foundation can be laid with a budget smart speaker like the Amazon Echo Dot or Nest Mini, or you can try to pick up a refurbished model to lower the price even more.

With this, you have yourself an Internet-connected voice assistant in the form of Alexa or Google Assistant, and each of these also acts as an ecosystem, which you can communicate with a large selection of smart home products from plugs, bulbs and thermostats, to cameras, sound systems, televisions and even robotic vacuum cleaners.

For now, this article sticks with the basics. But when you say that after spending only $ 100, you’re well on your way to building a smart home that can be expanded easily and almost indefinitely. 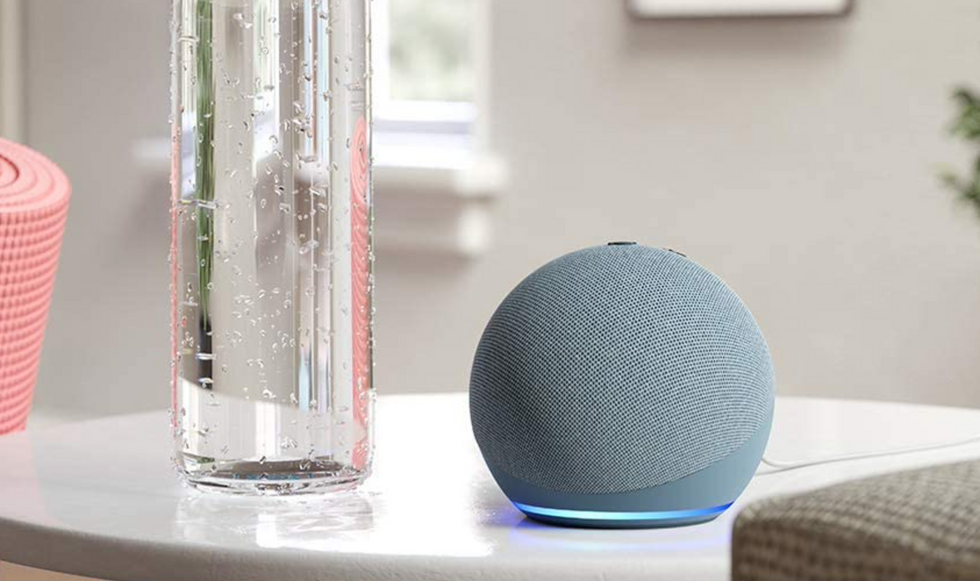 The first thing your smart home needs is a central command center – or in other words, a smart speaker. Even six years after we first said hello to Alexa, it’s amazing to think how much technology, connectivity and intelligence is packed into a humble smart speaker.

As we enter 2021, there are more opportunities than ever. But because we have a tight budget for this article, we stick to either Amazon Echo Dot or Google Nest Mini. Both cost $ 50, but Echo Dot is often reduced, and at the time of writing (February 2021) it costs $ 45 when purchased directly from Amazon. It can also be purchased from Amazon for $ 45 with a free Sengled smart bulb worth $ 15. Alternatively, Amazon is currently still selling Echo Dot (3rd generation) for $ 40.

Echo Dots 3.5mm audio jack is useful if you plan to connect it to a more powerful speaker. This is something that the Nest Mini misses, even though that speaker has improved the sound quality compared to its predecessor, the Google Home Mini, and also has twice as much bass.

Whatever you choose, you have a small speaker with a virtual assistant to answer questions and help set timers, read news and weather forecasts, and play music. Beyond that, of course, these serve as the gateway to your smart home.

Alternatively, if you want to build an Apple smart home using the company’s HomeKit platform and Siri voice assistant, a $ 100 budget covers the cost of Apple’s HomePod Mini. But it takes up our entire $ 100 budget, so unless you insist on using Apple HomeKit, your budget may go further with Amazon or Google. 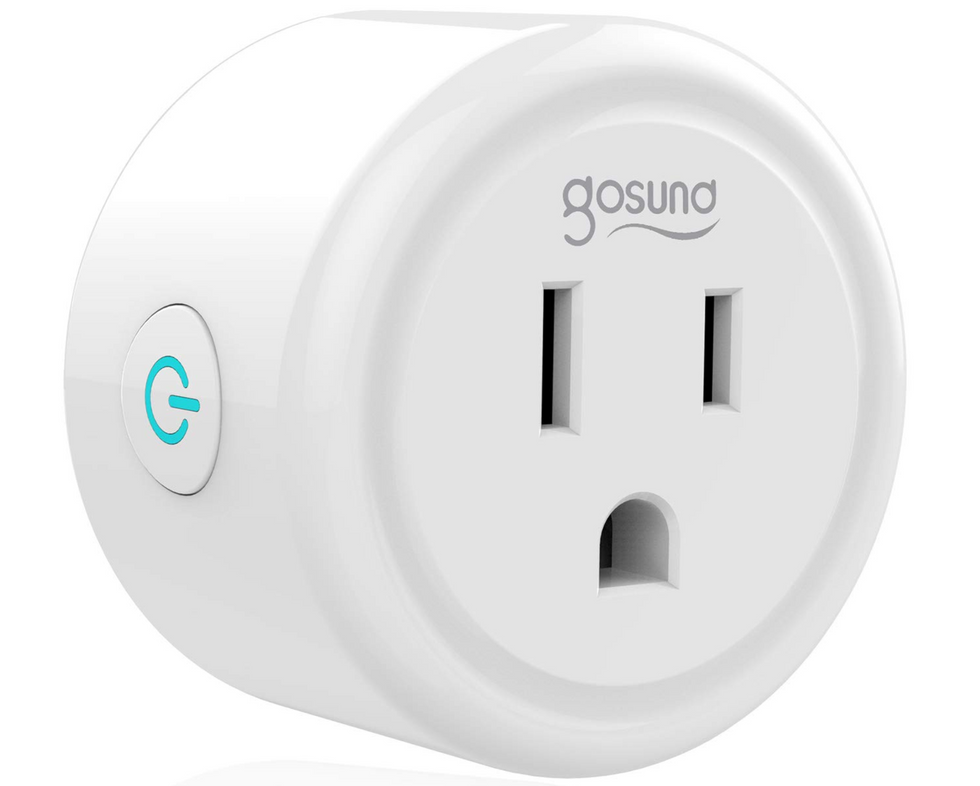 Smart connectors cost as little as $ 5 or $ 6Gosund

A very inexpensive way to bring some extra smartness into your home is to install a smart plug. These can cost from around $ 5 to $ 10 each and are controlled via their own smartphone app, but can in most cases also be operated by talking to Alexa or Google Assistant.

Smart connectors mean you can ask your voice assistant of your choice to turn on and off devices such as heaters, fans and lamps.

Amazon is currently sells a four-pack of Teckin-smart plugs for $ 21.24, making them only $ 5.31 each. You can also pick up a few Gosund-smart plugs for $ 17or a single Gosund plug for $ 9. More expensive options from better known brands are also available, such as this dual wall socket, smart wall socket from TP-Link’s Kasa department, currently priced at $ 23.

In addition to asking your voice assistant to turn the plug on or off, you can create a routine for Alexa or Google Assistant so that it needs to be activated at certain times of the day.

The only limitation here is that the unit (like a fan or a heater) must start working the way you want it when it is switched on in the socket. The smart connector has no real control over the device itself other than cutting and restoring its power. 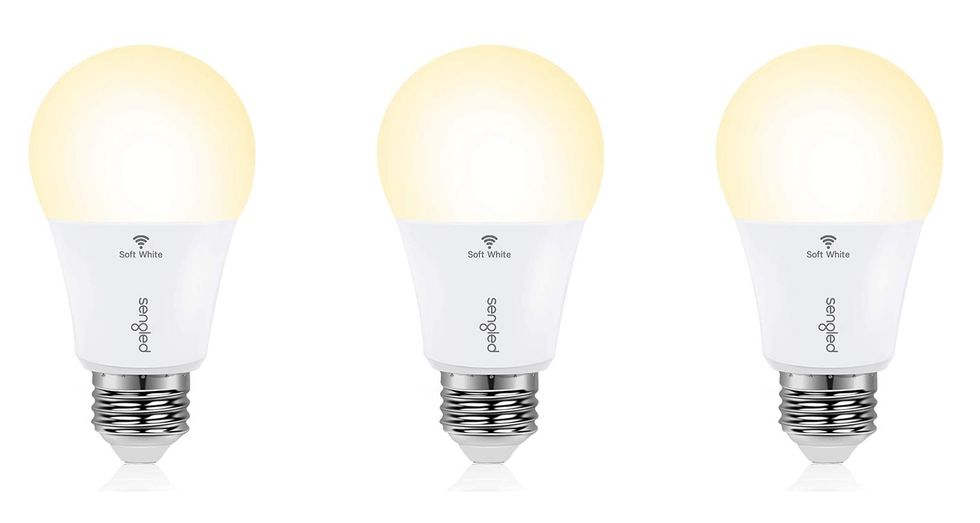 Smart lights vary in price and functionality, but even with our modest $ 100 budget, we can pick up a few bulbs from Sengled. We could also have bought from different companies, like Lifx, but considering that the Echo Dot above comes with a free Sengled bulb, it makes sense to stick to that system. These bulbs are white instead of full color, meaning they can not shine blue, green or red, but can be adjusted from a cool, light, blue-white, through to soft, warm orange. In many cases, this is all the variety you need from your smart bulbs.

If you want a little more, the Lifx Mini Color costs $ 35.99 and can be set to any color, brightness and temperature you like.

Unlike smart bulbs from the rival Philips Hue, those made by Sengled and Lifx connect directly to your Wi-Fi router instead of to a hub or bridge. This lowers the economic barrier to entry as you can buy a single bulb and get started instead of having to buy a more expensive starter kit with bulbs and a hub.

Another option here is Wyze, which sells individual smart bulbs for only $ 7.99 each or as part of a four-pack for $ 29.99 (both excluding shipping). These are ‘adjustable white’, which means that their temperature and brightness can be adjusted, but they cannot display a range of colors.

These also work with Wi-Fi and require no hub and are compatible with Alexa and Google Assistant. 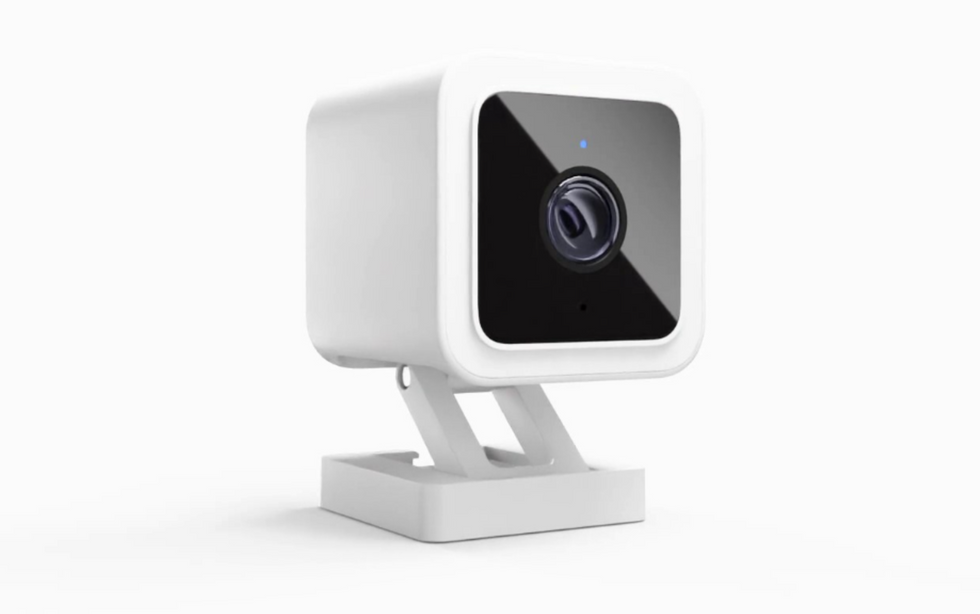 The camera is IP65 weatherproof (unlike its predecessor), so it can be used indoors or outdoors. It records in 1080p Full HD resolution and includes full color night vision thanks to its starlight sensor. The camera is also compatible with Alexa, Google Assistant and IFTTT (If this, so be it) and there is free rolling 14-day cloud memory for video recording (plus you can record on a microSD card, sold separately) and the camera warns you if it hears a nearby CO2 or smoke alarm.

Related post  Google is aware of the issue with its Nest Hub, but no solution

At the time of writing (February 2021), the Wyze Cam v3 is currently sold out due to a global shortage of materials such as silicon, says Wyze. The company hopes to have the camera in stock again soon. Until then, the Wyze Cam v2, which looks very similar except for lack of water resistance and a starlight sensor, can be purchased on Amazon for around $ 25.

We can not completely stretch the budget for another smart plug or bulb, so that’s as far as $ 100 will get you in 2021. That said, an extra few dollars would include an extra bulb or bulb, and we expect to see more attractive is about Echo Dot later in its life. But it is nonetheless impressive.

Of course, you can spend $ 100 in different ways. Maybe you want more smart connectors instead of the Wyze camera or more bulbs instead of lights. Even at this end of the market, the smart home can be configured as you like.

Either way, it’s impressive that $ 100 gives you a smart speaker with voice assistant plus a smart plug, a pair of smart bulbs and a security camera.

Check out GearBrain, ours smart home compatibility check to see the other compatible products that work with Google Home and Home Mini and Amazon Alexa.