How to set up the air quality Airthings House Kit

At GearBrain, we’ve just started testing the new home kit from Airtings, a Norwegian manufacturer of home air quality monitors. But since these devices take seven days to calibrate, we thought we would write this setup guide now and then post a full review once our system is calibrated.

As an introduction, the $ 299 Home Kit takes a multi-room approach to air quality monitoring by including the Airthings Wave, Mini, and Hub. We previously reviewed the Mini and the Wave in isolation, and also wrote about the Mini’s new mold-tracking feature that was added at the end of 2020.

This kit also includes the Airthings Hub, which gives Bluetooth devices an internet connection for the first time, making it easy to check your home’s air quality remotely – useful for keeping an eye on the vacation home or your office.

We have already installed the Airthings Wave app on our iPhone, as we have a Wave Mini in our bedroom. From this position all you need is to take the new Mini and Wave from the home kit and one by one add them to our existing Airthings system.

First-time Airthings users will need to download the free Airthings Wave smartphone app and create an account. Then all you have to do is remove the plastic tab from the battery compartment of each sensor, which turns them on. At $ 299, this is a pretty expensive kit, so we were happy to see that AA batteries are included for both sensors and that they last around three years.

Now tap the + icon in the top right corner of the app, and the new sensor will be spotted almost immediately. Tap the sensor then give it a name (like Bedroom or Kitchen), assign it to a property (we chose our default home), and after a few seconds it will be added to your Airthings system. 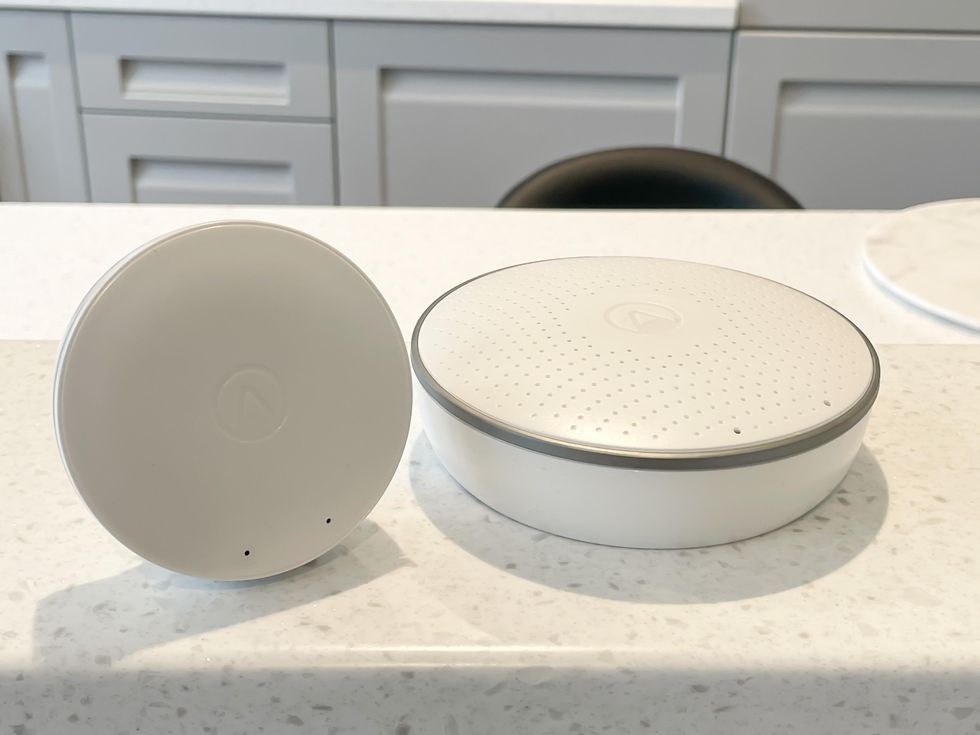 The Airthings Wave and Wave MiniGearBrain

The Mini didn’t take long to add, while the larger Wave needed a software update. This was handled automatically by the app and took about five minutes to download and install. After that, the two new sensors can be viewed alongside our pre-existing Wave Mini.

Calibration of the new Airthings sensors takes seven days, with the number of days remaining clearly indicated in the app. However, during this time you can still see the measurements taken by the sensors. These include the VOCs (Volatile Organic Compounds), humidity and temperature of the Wave Mini, as well as the additional radon measurement for the wave. They also give a general indication of the air quality in each room, ranging from good to fair to poor.

Historical data is not available until the seven day calibration process is complete.

Adding the Airthings hub to the system is just as easy. This connects to your Wi-Fi router with an included Ethernet cable and to a nearby wall outlet for power. Once it’s been plugged in and turned on, go back to the Airthings app and tap the + icon in the top right corner again, as if adding a new sensor.

This time, the app spots the new Hub and prompts you to add it to your system. A few clicks are enough, including needing to say if you are in Europe or North America (due to the hub using different radio frequencies depending on location).

Once the setup was done, we turned off our iPhone’s Wi-Fi and Bluetooth connections. Without the Aithings Hub, this would prevent us from seeing the status of our air quality sensors, but thanks to the Hub’s internet connection, we can still see every sensor. As such, we might also view this data when we are away from home, or even in another country. 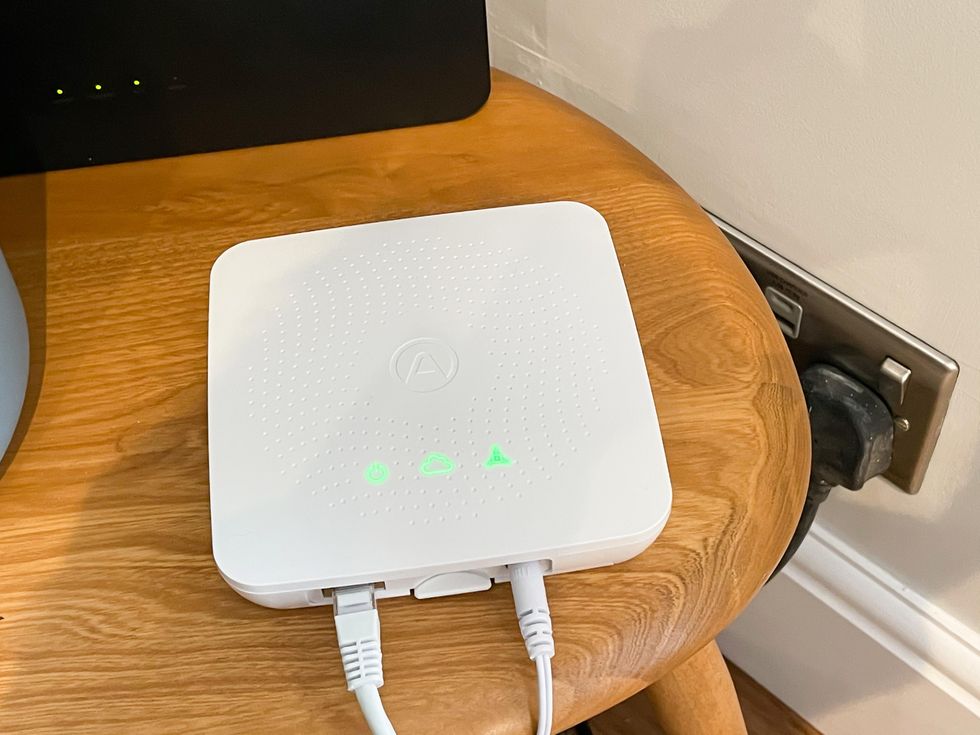 Airthings devices are compatible with Alexa. To add the system to Alexa, just follow these instructions:

Now you need to enter the email address and username of your Airthings account to pair it with Alexa and your Amazon account. Press the Accept button on the next page, then click Close.

Unfortunately, the Alexa app can only be used to check radon levels, which means the Wave Mini devices in our bedroom and bathroom cannot be used with Alexa. It’s a shame, and a strange omission, that Alexa can’t be used to check the temperature, humidity, and VOCs measured by other Airthings sensors. We also found that the Alexa Skill failed to find the Wave Monitor in our kitchen, despite being named correctly and capable of measuring radon. Hopefully this problem will be fixed once the system is calibrated, but for now, Alexa integration seems very limited.

The easiest way to connect your Airthings and Google accounts is to say to your Google or Nest speaker or smart display, “Ok Google, talk to Airthings.” The assistant will then say that it cannot do this, but instead a notification is sent to your smartphone from the Assistant app. Tap it, enter your Withings connection information when prompted, and the configuration is complete. You can now ask Google Assistant on any device for the temperature, humidity, radon and VOC levels of your Airthings sensors.

While this initially worked, we have since found it impossible for the Google Assistant to understand our request to “talk to AirThings”. Instead, he hears “talking to aerial things” and doesn’t understand, or opens an app called Hair Things. Our initial conversation went well, getting us to hear about temperature and humidity in different rooms, but since then we haven’t been able to get Google Assistant to understand that Airthings is a word. The company shows how to use commands like “Hey Google, check the air quality”, but it doesn’t and commands like “Hey Google, check humidity” don’t work.

On the verge of ditching voice control altogether, we said, “Hey Google, list my rooms” and he acknowledged that Airingings was obligated to act on that control, which he offered to open. We were then able to verify the readings of our sensors. While it works, it’s far from ideal.

Voice control issues aside, we found the Airthings House kit to be very easy and intuitive to set up. It only took about 15 minutes and everything went well except when it came to talking with Alexa. We hope this issue will be resolved once the system has been calibrated.

We’ll link to our full home kit review here in the next few days.